27thPolish National Meeting of Couples Who Had Non-Alcoholic Wedding Celebrations

Wedding of the Weddings 2021 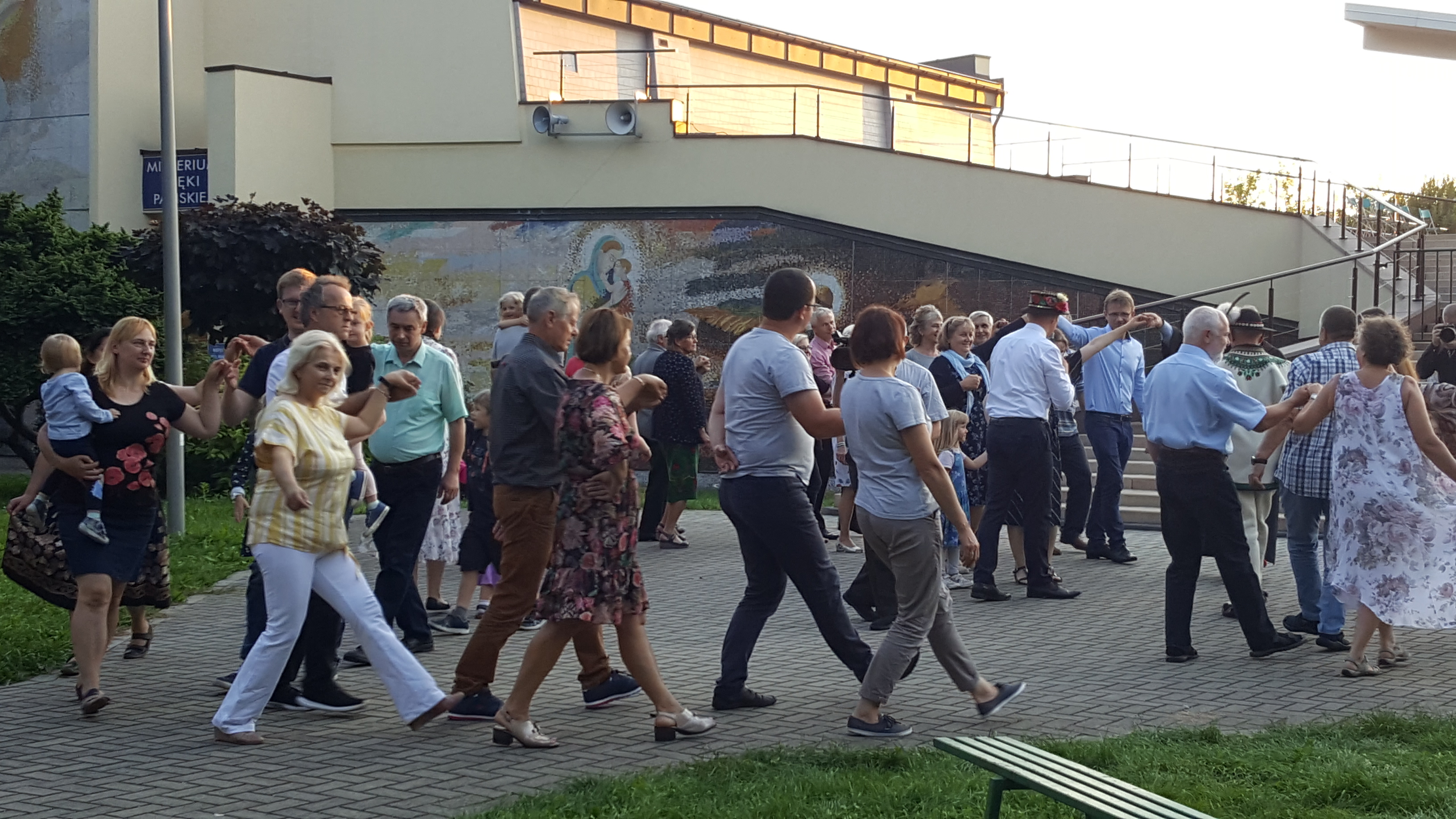 The Wedding of the Wedding took place in the national sanctuary of Niepokalanów. This had the advantage that one could reach all events on foot. And there were really many of them.

But we shall not loose the general picture while diving into details. The Wedding of the Weddings is first of all a meeting of freedom fighters. Just recall what has been forbidden by governments all over the world in the last 15 months: prayers and dancing. And these activities were the essence of the entire meeting. In order to fully understand the significance of this event for Poland and the world, one should study Saint Thomas Aquinas’ Political Treatise entitled „De regimine principium” (written around 1270 AD). This is not the place to discuss the issues which sanitary measure do and which do not make sense. One shall make only the observation that asocial distancing and self-isolation did not start with the current pest. Nor did so the fierce fight against the religious practices. They have a long “tradition”. Tyrannies, as Saint Thomas wrote in the mentioned treatise already eight centuries ago, want to prevent that people trust in God and come together building interrelationships. This is the plain reason why Europe is a continent of drunkards. 2,700 hours of alcohol advertisement are emitted in Poland alone each year. How many hours daily? Not to speak about the crypto-advertisement e.g. in movies. When people meet for example at a wedding, they talk and information can spread. If the alcohol becomes obligatory, one is either unable to talk or one forgets what was said. That is the reason why e.g. the communists insisted on serving alcohol at any private or public meeting. A faithful does not fall into despair because he can trust God and ask Him for help in the time of need. When somebody is drunk, then he cannot pray either. In both ways the society is disintegrated. That is why the regimes hate the non-alcoholic wedding celebrations. But there are many people for example in Poland that are courageous enough to withstand the attacks, that hold their ground and celebrate their weddings without alcohol. They are just the courageous freedom fighters. Representatives of them come yearly to the Wedding of the Weddings.

How did they pray? During the wedding of the weddings, they attend a Holy Mass every day. Sunday mass was particularly solemn because the marriage vows were renewed. In addition, every day there was the rosary of mercy, Angel of the Lord prayer, etc. On Saturday the rosary for the forgiveness of sins was prayed publicly.

And on Saturday evening there was a lot of dancing. The dancing began with a solemn Polish polonaise, and ended with a huge wedding cake deep in the night. The repertoire of the band that played at this event should be noted. Lots of alcohol-free songs. There is no such thing on any radio or television, because these are simply songs of free people, the songs of freedom.

The Wedding of the Weddings is not just about the practice of alcohol-free life. Theoretical underpinning is also offered at the meeting. The main theme this year was entrusting our lives to God through the mediation of the Holy, Immaculate Virgin Mary. The only words Mary addressed to people in the gospel were: Do whatever my Son tells you. And the Lord Jesus said, woe to those who drink with drunkards, for they will rot in hell. Saint Maximilian Kolbe, who built the city of Niepokalanów and was later murdered in the German concentration camp, began his life in a family who abstained. His parents were pious, so they were teetotalers and raised their children to be teetotalers. That is why he wanted to become holy and achieved this goal too.

A couple of lectures were devoted to the upbringing of the children based on the life of Saint Maximilian Kolbe. It was pointed out that a sculptor would not pet the rough stone when he was going to create a beautiful sculpture, but would use the chisel and hammer. It is the same with raising children. Petting them alone won't help, reaching for the chisel and hammer is necessary. It goes without saying that one shouldn't pound around blindly, but petting is no alternative to pounding. One should give the children an example, teach them and clearly show non-acceptance of bad behavior, preferably explaining the reason.

We are thankful to the organizers of this meeting. God may bless them.